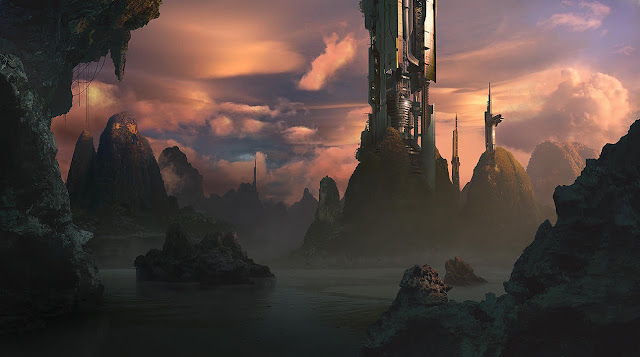 This is an old project that I never got the chance to finish. Reason being is probably that I was aiming for something way beyond my skills at the time.
I was inspired by the 1st Mass Effect videogame, in a stage where you visit a world called Virmire. The action takes place in this beach resort-like environment, with big mountains, tropical vegetation and futuristic facilities.
My favorite feature was how well the futuristic buildings integrated in the tropical environment, and the lovely channels of water and natural corridors protected by natural exotic rock walls and creeks.


It is one of those level that makes you want to explore rather than continue playing the actual mission of the game.
I wanted to represent all this things that I found attractive in my project, but I realized it was way to ambitious for what I was capable of doing and I got frustrated and decided to leave it and come back till I felt I was ready. About 3 years later (currently while I post this) I had the chance to open the file again. Someone at work saw this file and told me "hey prepare those layers for comp and lets do a test projection" So I opened the file and realized there were many areas that looked pretty bad. I spent a day doing refinements and adjustments on the fly, matching colors better, adjusting black levels, remove this,, add that, more atmosphere... all very quickly. It felt good opening the file after a long time, have a fresh look at it and change things that didn't work for me.
However, I still didn't feel ready to finish the piece the way it was in my mind. Simply because it was a very ambitious project and something that was way over my head and also because I get burned and bored of my own crap very quickly. So I decided this would be one of those projects (like many others) that I would never finish. The result I am publishing here is not at all what I had in my mind, but it looks OK ish the way it is. Of course, even though I  decided to leave it this way, I could still go on and refine details and make it look more photo-realistic and "finished", but that is simply not me, not my style. Now I look at it and just think, "yeah its ok... let's move on" I just feel it is a healthier attitude when doing art in general.

Hope you enjoyed it!

Posted by PEDRO COLMENARES at 11:25 AM No comments:

It's been a while! I did a digital painting the other day during an unusual non-busy time at work. I missed paying around with 3D and was playing with volumetric lights. Did a couple test renders and decided to bring it into PS to paint and have fun. 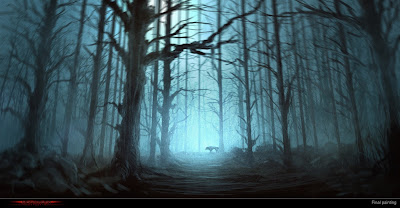 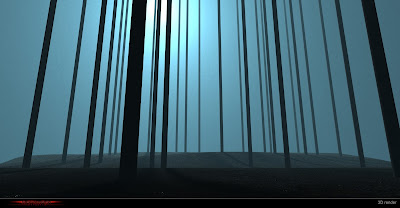 Even though the result is nothing to go crazy about, I had a lot of fun doing this and no stress at all, since I wasn't working on a planned idea. Ideas were coming to mind as I was advancing in the project.
I really enjoy working on sporadic projects that come out of nothing and end up somewhere.
I'll try to do more!

Posted by PEDRO COLMENARES at 11:35 PM No comments:

It's been a while since the last post I made here!!!

I have been a bit busy working at a very cool place in Vancouver: The Sequence Group
Working with this guys has been one of the best professional experiences I had so far, cool people, talented artists, great studio, nice projects... tons of fun overall!

Below I am adding some videos from project I was involved. Sweet stuff!!


Company of Heroes 2: The British Forces Announcement Trailer from Sequence on Vimeo.

Halo The Fall of Reach – The Animated Series - Launch Trailer from Sequence on Vimeo.

Thanks for checking it out!
Posted by PEDRO COLMENARES at 12:00 PM No comments:

Latest digital paintings I did for practice 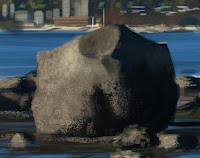 Posted by PEDRO COLMENARES at 8:46 PM No comments: 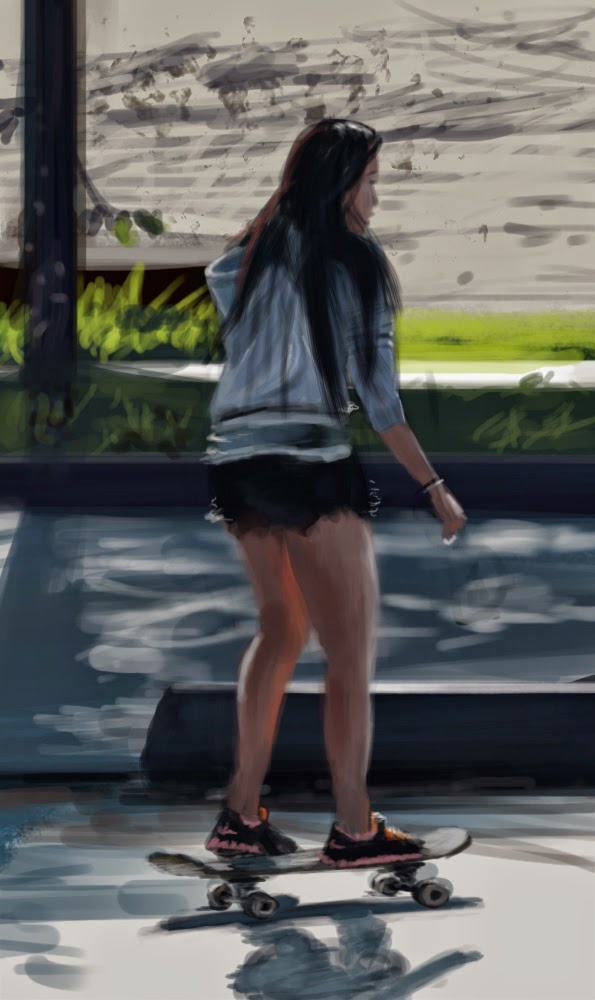 Posted by PEDRO COLMENARES at 11:41 PM No comments:

Did this concept piece during the spare time of last week.

Posted by PEDRO COLMENARES at 10:29 PM No comments: 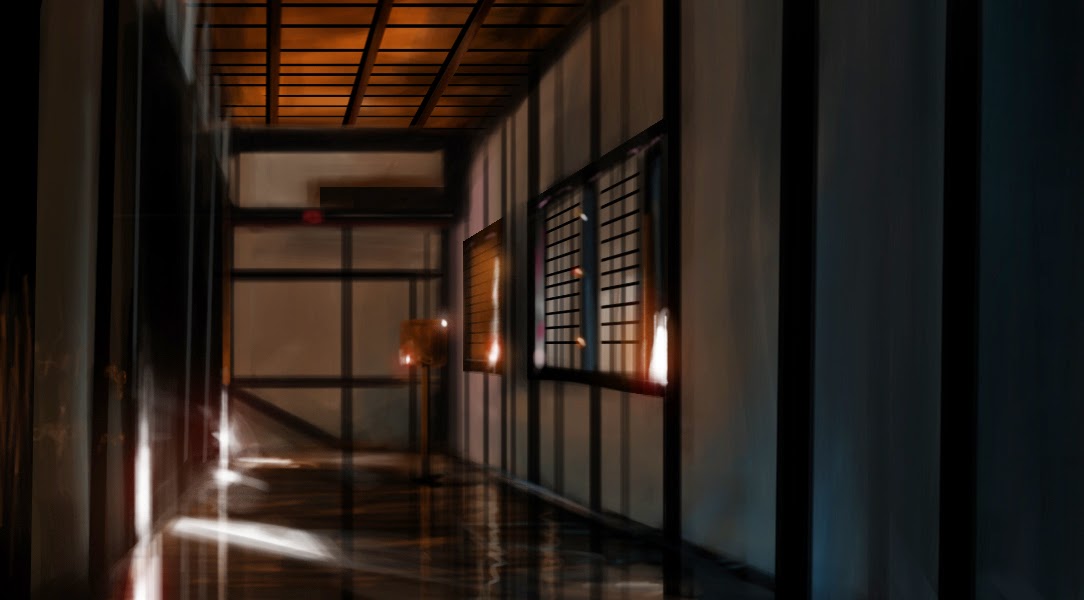 Here is a latest color study I did.  I used as reference a photo of a Japanese castle I took with my camera last time I went there. It was great to paint the window light bouncing to the interior walls and the reflections of the varnished wooden floor.
Posted by PEDRO COLMENARES at 4:27 PM No comments:

Some studies I did during the weekend 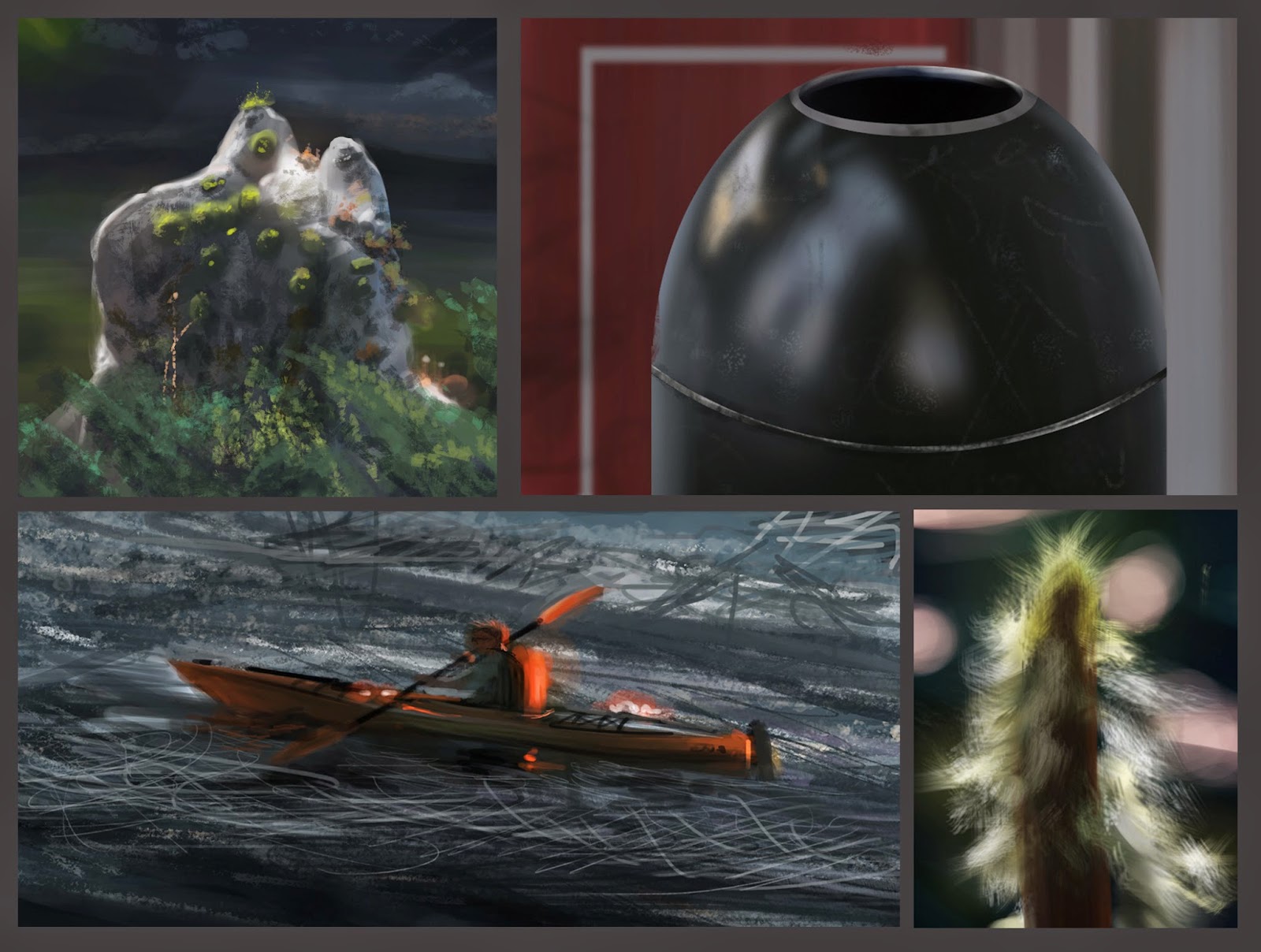 Posted by PEDRO COLMENARES at 12:14 PM No comments: 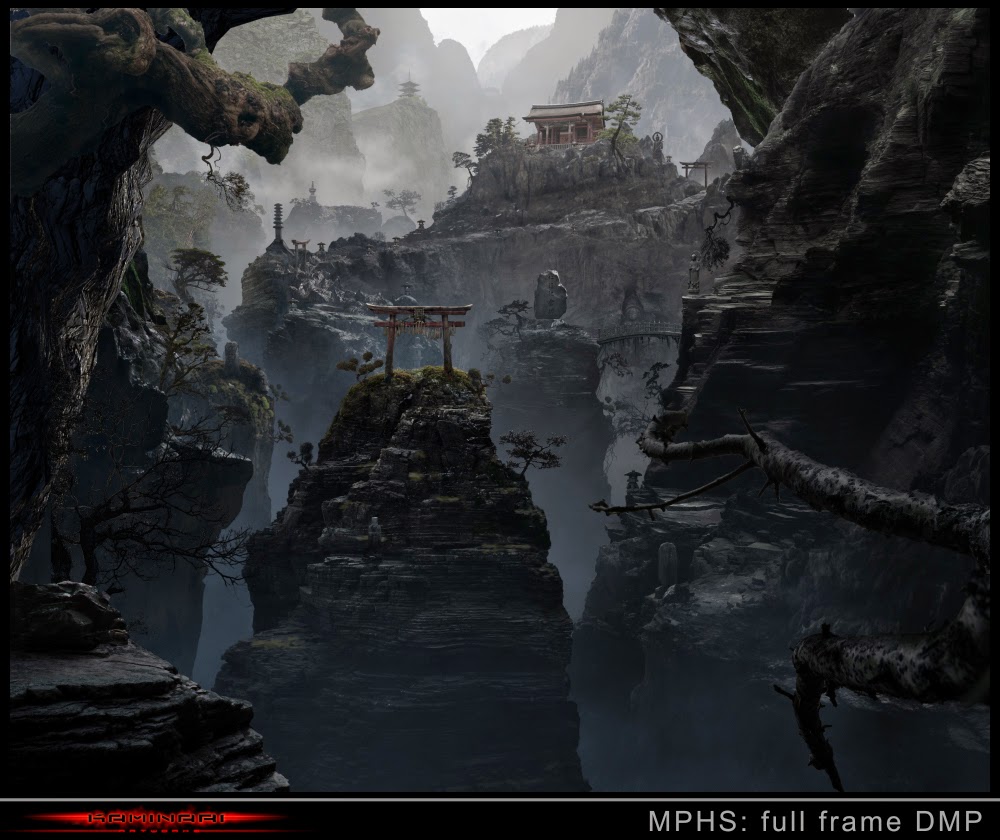 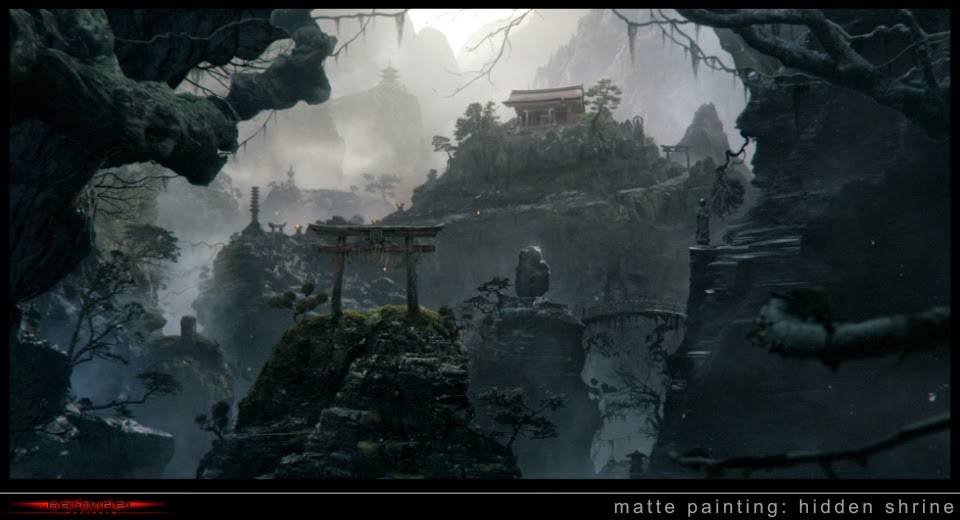 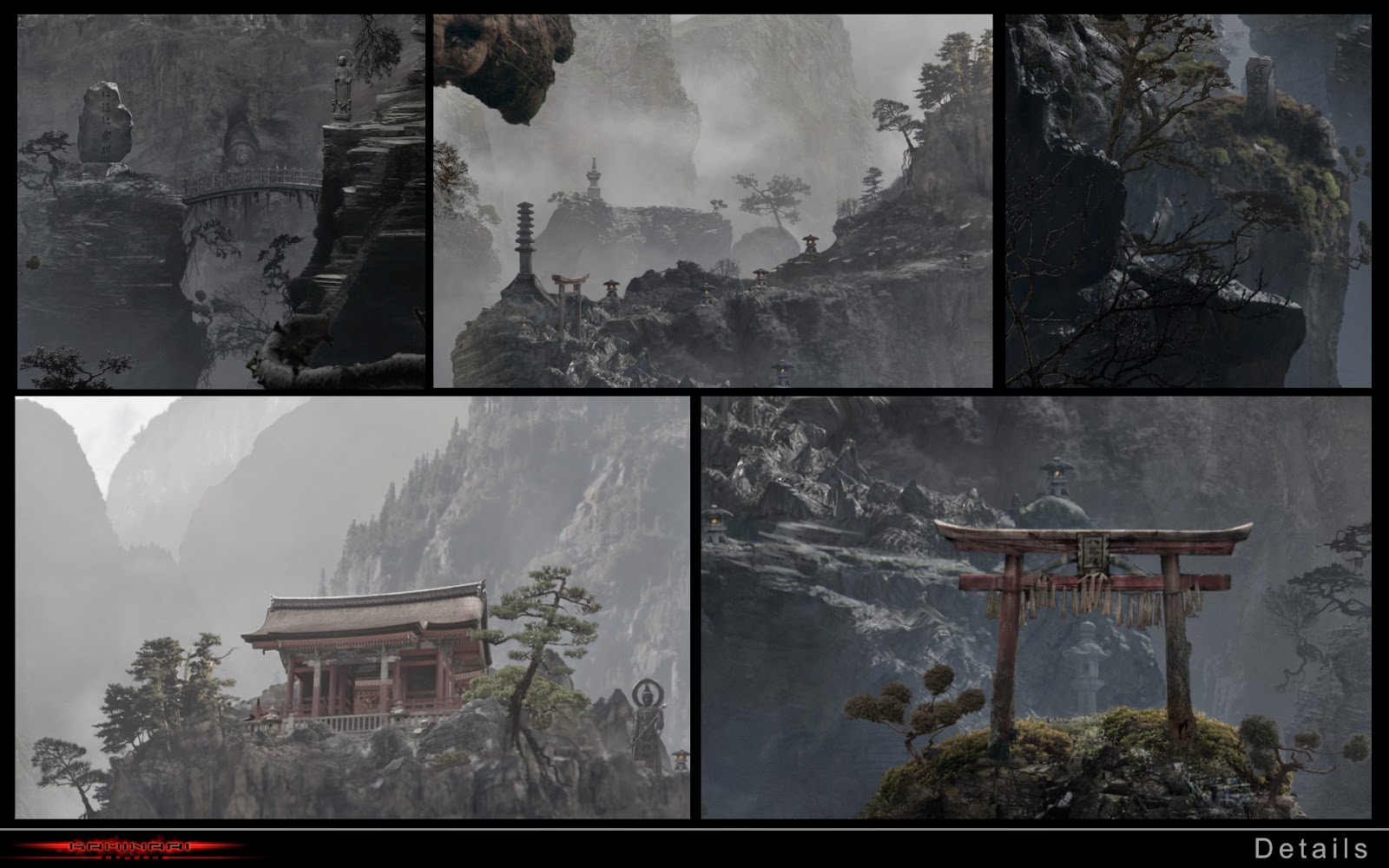 Thanks for visiting!
Posted by PEDRO COLMENARES at 8:35 PM 1 comment:

Here is my latest personal project. I had some time off from work and that gave me the chance to finish some of the stuff from my personal shelf.
Nothing crazy in technical aspects, just a straight 2D matte painting using Photoshop and lots of elements from my personal photo library. This time, I added a little touch of sci-fi/fantasy topic and tried to create a bit of "other-world" feeling.

In previous personal projects I tried to stick with a photorealistic approach, but in this case, I wasn't too concern about being way too dramatic and putting the realism of the piece in "danger". I feel it is often more fun to exaggerate nature to add emphasis and make the piece more interesting, rather than just focusing on make it look real.

I hope you liked the project. I will try to do an actual projection and add a camera move to create a shot for the next project.

Thanks for visiting!
Posted by PEDRO COLMENARES at 11:17 AM No comments: